The LinGO Redwoods Treebank is a collection of hand-annotated corpora analysed with the LinGO ERG. For each utterance from a corpus, the treebank records (in principle) all analyses hypothesized by the grammar, together with an annotator decision as to which reading is preferred in context.

The key innovative aspect of the Redwoods approach to treebanking is the anchoring of all linguistic data captured in the treebank to the HPSG framework and a generally-available broad-coverage grammar of English, viz. the LinGO English Resource Grammar. Unlike existing treebanks, there is no need to define a (new) form of grammatical representation specific to the treebank (and, consequently, less dissemination effort in establishing this representation). Instead, the treebank records complete syntactico-semantic analyses as defined by the LinGO ERG; tools are provided to extract many different types of linguistic information at varying granularity.

Other relevant aspects of the Redwoods Treebank include the integration of alternate, though dispreferred analyses for each utterance and the dynamic nature of the annotations: as the underlying grammar evolves and improves its analyses, there is a provision for a (nearly) fully automated update of the treebank against a version of the original corpus analysed with the revised grammar. As a methodological results, part of the Redwoods data are now regularly maintained as part of the grammar regression cycle with each new release of the ERG.

The latest public release of the Redwoods Treebank (and the associated WikiWoods Treecache, i.e. a very large collection of ERG parses) is the Ninth Growth, including an improved and moderately enlarged version of DeepBank. The Ninth Growth used the 1214 version of the ERG. Flickinger (2011) gives brief descriptions of several of the larger components in the appendix. Those components include: Verbmobil (vm*), E-commerce (ec*), LOGON (jh*, ps*, tg*, rondane, hike), SemCor (sc*), Wikipedia (ws01-13, ws214), and an Eric Raymond essay (cb). The main addition to the Ninth Growth over previous versions is the DeepBank annotation of the Wall Street Journal, sections 00-21 (the same text annotated in the Penn Tree Bank), described in the proceedings of TLT 2011. There are also two profiles (rtc000, rtc001) from the Tanaka (Pacling 2001) corpus, two profiles of user-generated web content studied in the WeScience project, and several profiles also from the Brown SemCor that were treebanked for a SemEval shared task after the ERG 1214 release was frozen (cf*, cg*, ck*, cl*, cm*, cn*, cp*, cr*), described by Oepen et al. (2015). Finally, the Ninth Growth includes several smaller linguist-constructed test suites (csli, esd, fracas, mrs, and trec).

The Eighth Growth was released in September 2013. It includes 85,000 sentences, consisting of data sets from several distinct domains, including not only (a) the Verbmobil and ecommerce corpora from earlier releases and (b) the data from the LOGON Norwegian-English MT corpus, the WeScience 100-article portion of the English Wikipedia and a portion of the semantically tagged subset of the Brown corpus (SemCor); but also (c) a fresh re-annotation of large parts of the venerable WSJ text behind the Penn Treebank. The version of the grammar used in parsing this data is called ERG 1212. An inventory of the individual segments and sentence and token counts is available as part of the ERG. For reasons of attribution, the WSJ-subset of the Eighth Growth was first released as a separate package dubbed DeepBank 1.0.

The grammar and treebanks have been stable since August 2016, and the semantic graphs from DeepBank 1.1 have been released in a variety of formats. The corresponding 1214 release of the WikiWoods Treecache is expected by the summer of 2017.

Like the previous Redwoods Fifth Growth revision, the Seventh Growth is distributed in [incr tsdb()] profile form exclusively (see below for instructions on how to expand the data into a textual export format), but we have limited the number of dispreferred analyses per item to a maximum of the 500 best analyses according to our MaxEnt model trained on an interim version of this treebank. In principle, Redwoods users could use the PET or ACE parsers to obtain the complete set of analyses and then use the [incr tsdb()] update facility to automatically produce a version of the treebank against the unrestricted profile. However, we expect that the reduced distribution provides a sufficiently large portion of the dispreferred analyses for high-quality stochastic modelling and that the substantial reduction in overall size will actually benefit experimentation.

Assuming a functional installation of the LKB, ERG, and [incr tsdb()] (see the LogonInstallation page, for details), the process of exporting all or parts of the Redwoods Treebank into a collection of plain text files can be fully automated by virtue of a shell script. For (somewhat terse, sadly) instructions on exporting various views on the Redwoods data, please see the Section Exporting Various Plain-Text Formats on the WeScience page as well as the ErgProcessing page.

A suggestion for a training–development–test split can be found in the detailed ‘table of contents’ (redwoods.xls) distributed with each release of the grammar. In this file, each test suite is color-coded to indicate the suggested split as follows: 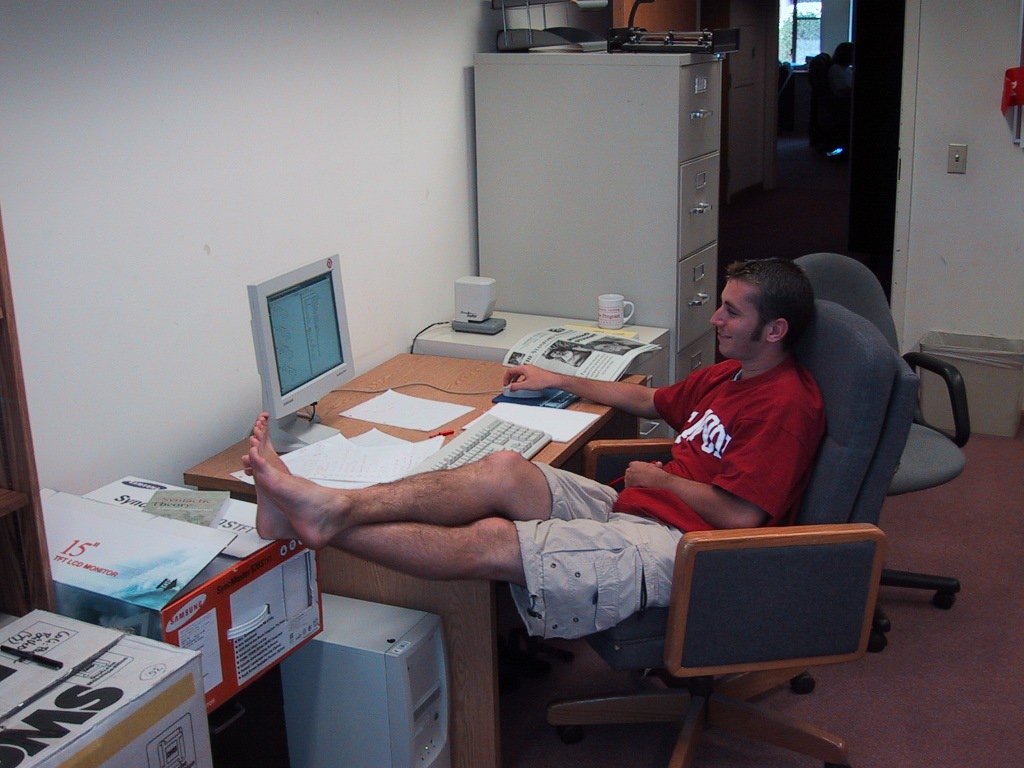 Following is an incomplete selection of publications on the creation and use of the Redwoods treebank.

An overview presentation on many of the methodological aspects of the Redwoods initiative is available from an invited presentation at the 2003 Treebanks and Linguistic Theories workshop.

The Redwoods treebank has been under active development at the CSLI LinGO Laboratory since sometime early in 2001. The annotation environment was built from the combination of the LKB tree comparison window (originally developed by Rob Malouf) and the [incr tsdb()] profiling tools; Stephan Oepen did the bulk of the Redwoods software development. Dan Flickinger, as the main developer of the ERG, has been an invaluable source of inspiration on the treebank design and has also been the main treebanker since Redwoods Second Growth. Chris Manning and Kristina Toutanova, and Stuart Shieber, as early adopters and consultants on the overall design of the resource and representations, have greatly influenced the evolution of the treebank and pioneered its use for stochastic parse selection. Ezra Callahan was the first annotator, constructing what has been released as the First Growth during a ten-week summer internship (it appears Ezra then went on to become employee #6 at Facebook and retired at age 31). John Beavers did the annotations of the new ecommerce sections (and later became a professor of linguistics in Texas). Francis Bond and his colleagues at the NTT Research Laboratory have been vigorous supporters, adapted the Redwoods approach for Japanese (dubbing their treebank Hinoki), and thus helped a lot in scaling up the technology. Marty Mayberry, Jason Baldridge, Alex Lascarides, and Miles Osborne, as active users of the ERG and Redwoods data, have provided crucial feedback on the representations and software and positively contributed to recent developments. Tim Baldwin, Emily M. Bender, Kathryn Campbell-Kibler, Ann Copestake, Andreas Eisele, Rob Malouf, Rebecca Neil, Ivan Sag, Erik Velldal, and Tom Wasow have all helped through advice and productive critique in various stages of the project.

The development of the Redwoods treebank was financed opportunistically from numerous sources, including multiple donations to CSLI from YY Technologies (Mountain View, CA), a CSLI Seeding Grant, the Stanford Symbolic Systems Program (through multiple sponsored summer internships), the Commission of the European Community (through the Deep-Thought project), Scottish Enterprise (through the ROSIE project), Nippon Telegraph and Telephone Corporation (NTT) (through a sponsored research contract to the LinGO Laboratory), and the Norwegian LOGON Initiative (through financial support to Dan Flickinger and Stephan Oepen).